To get started, install MudPi and edit your mudpi.config configuration file. Make sure to install the prerequisites below if you have not already.

You can then run MudPi by executing the main MudPi script using python3 mudpi.py from the root of your MudPi installation.

There are a few libraries that need to be installed for a minimal setup. However, if you want to take advantage of all the features of MudPi you will need to also install the additional requirements. If you have followed the getting started guide you will have all the minimal requirements already installed.

The MudPi installer can help install most of the above requirements for you.

Once you have met the prerequisites above you are ready to install MudPi which only takes a few minutes to get up and running. Install MudPi using the Installer that will guide you through the process. You can also view the manual install instructions.

The installer will handle all the preperations and requirements to get MudPi up and running. You can run the installer with the following command from your raspberry pi:

Alternatively you can also download the MudPi repo as a zip file if you prefer it to using git or the installer.

Connect your components to your pi. MudPi is built so you can add sensors and configure the system to your specific setup. There are a variety of components supported already by MudPi. You just need to connect your hardware and make sure to update the configuration file with proper pins.

Here is a basic hardware example to get started with a DHT11 Humidity sensor hooked up to the pi on GPIO pin 25. This will work the the configuration file example below and included by default. 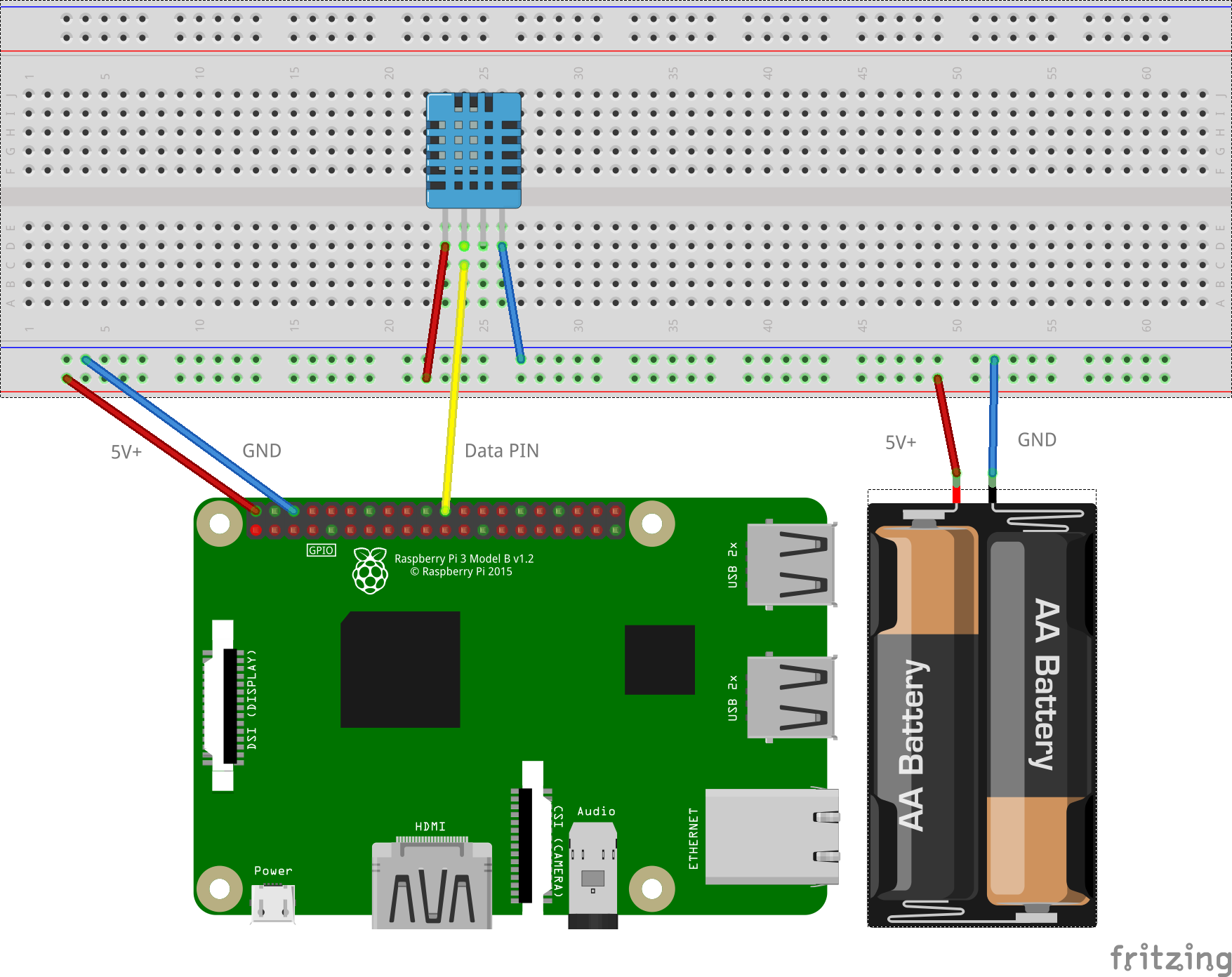 You can review more info under the sensors section about all the sensor types available to you.

MudPi loads everything it needs from a JSON formatted file in the root installation folder named mudpi.config. Below is an example of a basic configuration file for a single temperature sensor attached to a raspberry pi.

A configuration file example is included when you install MudPi. You can find it in the root install folder named mudpi.config.example

I have also designed a configuration tool to create your file as well because I like making your life easier. However, if you plan to edit the config file manually or want know more about it, you can find details about each of the configuration options available in the configuration section.

MudPi was built on python 3 and everything is executed from the main script. All you need to do after you have configured MudPi is run the mudpi.py script from the root folder of your MudPi installation.

I suggest running MudPi in the background and keep it up with a process monitor like supervisord.